Carol received her State Nurse registration in England and has a wide range of experience in hospitals, including managing operating rooms at St. George’s Hospital in London and at the Royal Sussex Hospital in Brighton.

After immigrating to Canada and re-qualifying as a Registered Nurse, Carol worked and managed operating rooms at the Orthopedic & Arthritic Hospital and at Mt. Sinai Hospital, eventually taking on challenges in departmental management. She managed planning, implementation and cost savings in service departments in Canada and the United States. During this time she took courses towards a business degree at York University.

Later, she worked in medical sales and marketing, specializing in equipment for long-term-care facilities, hospitals and retirement homes in Canada and the United States. She managed the contracts for major group and head office accounts across Ontario. This provided her with first-hand knowledge of the operation and management of these facilities and gave her insight into the care needs of elderly and incapacitated patients.

At about this time both her parents immigrated to Canada and suffered significant physical and cognitive impairments requiring complex care that she spearheaded. This resulted in her interest in providing others with the hard won knowledge and experience she gained at this difficult time.

Carol is a member of ALCA (Aging Life Care Professional).

For more information, go to www.caremanager.org or to the Alzheimer Association at www.alzheimer.ca. Read a feature article on Carol Edwards in The Orthopedic and Arthritic Hospital News from 1985.

Nancy is an occupational therapist, a role that gives her the opportunity to share her knowledge and resources to help improve the quality of life of the many individuals and families she work with.    She understands the importance of small steps towards positive change and meaningful outcomes.  Nancy believes that the combination of her experience and knowledge, together with caring and compassion, is what brings out the best in her clients while helping them reach their goals.   She is also a registered authorizer for the Assistive Devices Program for mobility and ambulation aids with over 11 years of experience working in the community and home care sector. She graduated summa cum laude from McMaster University in Psychology and the University of Toronto for Occupational Therapy.

Renee Climans has over 30 years experience as a clinician and her approach is strengths based and wellness oriented and combines collaborative, brief, solution focused , narrative, cognitive behavioural and mindfulness based ideas.  She has worked at Baycrest since 1990 where she has been involved in care, research and education.  She has presented or co-presented at various professional conferences locally, nationally and internationally on topics related to gerontology and health care, and has published several peer reviewed articles in professional journals.  Renee has guest lectured at higher learning institutions including Ryerson and University of Toronto.  She has been involved in a variety of support group initiatives, both face to face and online, in the areas of caregiver support, bereavement and teenage obesity and has mentored other therapists in this area.  She has shared her expertise through the media and she has been interviewed for The Globe and Mail, The Canadian Jewish News, CBC Radio News and Global TV News.  She is a member of the Ontario Association of Social Workers and the Ontario College of Social Workers and Social Service Workers.  In addition to her work at Baycrest, she has a private therapy practice specializing in the areas of individual, couple and family counselling.  She consults to a variety of health care clinics and has provided and designed wellness training workshops for corporate clients.

Nicole is registered dietitian who has a passion for working with older adults to make positive changes to their diet. During her career at Baycrest she worked extensively with clients who are living with a range of neurological conditions and has developed specific expertise in the area of eating challenges and swallowing disorders. Nicole is now on the team at the Jeff and Diane Ross Movement Disorders Clinic and the ALS clinic and has an active private practise.  Nicole graduated with a Master’s of Science in Nutrition and a Certificate in Gerontology from Case Western Reserve University in 1996.  She has been a member in good standing of the College of Dietitians of Ontario for 18 years.

In 1974, Rosalee became the founder and first President of the Non-Smokers’ Rights Association (NSRA) and she continued to be actively involved over many years in its major achievements.

When Rosalee returned to Nursing after raising her family, she attended Seneca College to upgrade her nursing skills primarily in the field of Geriatrics and eventually completed her Baccalaureate Degree in Health Sciences Administration from Hawthorne University in Salt
Lake City, Utah. Over the years, Rosalee taught RN and RPN students at George Brown College and for six years she was Director of Nursing in a small chronic care hospital in Toronto. Her last full-time position was at Baycrest Centre where she worked for 12 years as the Nursing Supervisor in The Samuel Lunenfeld Day Program for clients with cognitive impairments.

After Baycrest, Rosalee worked parttime for 13 years in her husband’s Family Practice as Office Manager and Geriatric Nursing Consultant. During those years, she continued teaching geriatric and dementia courses and workshops in community colleges and long-term Care facilities (LTC) as well as prepared and administered neuro-cognitive assessments for many family physicians in their Toronto practices.

Rosalee believes her extensive knowledge, skills and experience in Nursing, as well as her commitment to achieving the highest levels of compassionate care, will assist her in achieving Careable’s client-centered goals and as well as attaining and maintaining optimum care for all Careable’s clients. 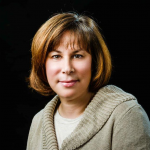 Susan graduated from the University of Toronto where she obtained a Bachelor’s of Science in Nursing degree. She also holds a degree in Sociology from Brandeis University. Susan has worked in various downtown hospitals in the area of Labour and Delivery, and in the community focusing on chemotherapy administration, palliative care, and geriatrics. She brings with her a passion for delivering high quality, patient- focused care and working towards maximizing patients’ quality of life. She understands the importance of patient advocacy and works well with clients with complex management challenges and families in crisis.

Carolyn is a Registered Physiotherapist with the College of Physiotherapists of Ontario and a member of the Canadian Physiotherapy Association. She graduated with honours from the University of Toronto with a Bachelor of Science Degree in Physiotherapy. Carolyn has over 25 years of experience in a variety of clinical and private settings. She specializes in seniors’ wellness working with active independent seniors, those requiring assisted living and those experiencing cognitive and dementia-related changes. She is passionate about delivering high quality individualized assessment and treatment in clients’ homes to maximize strength, mobility and function. Her goals are to promote safe independence, enable engagement in activities of daily living and improve quality of life.

Carolyn has extensive experience treating a variety of orthopaedic and neurological conditions and provides rehabilitation for joint replacement surgery and post hospitalization deconditioning. She is also involved in staff and client education and has given in- services on falls prevention, environment safety, transfers, biomechanics and safe ambulation.

Carolyn is currently working in her own private practice and has consulted and contracted for Geriatric Management Companies as well as rehabilitation service providers.

Caroline Thomson is a registered physiotherapist with the College of Physiotherapists of Ontario. Caroline qualified as a physiotherapist (BSc Hons), in the UK in 1996 and has worked in a number of hospitals in and around London, before moving to Canada with her family in 2011. She has worked in a number of specialities, (neuro, medical and surgical) and has spent a large portion of her working life specializing in stroke and neurological patients, both in the acute and rehab setting. Since moving to Canada Caroline has worked in community care, providing physiotherapy assessments and rehabilitation programs within the client’s home for a variety of musculoskeletal, neurological and respiratory conditions. She enjoys bringing her physiotherapy expertise to clients, where they can work on their goals within the comfort of their own home to maximize their function and independence.

Zonia graduated from Humber College and worked in the Accounting Department of Canadian Pacific Railway for a number of years.
Pursued her passion for nursing at Centennial College and graduated with a Registered Nursing Diploma in 2002 and later obtained her Bachelor’s of Nursing degree from the University of Calgary in 2010.

Worked at Long Term Facilities in the region with a focus on geriatrics and later moved to the hospital setting and worked on the Medical Surgical unit for a number of years.

Transferred to the Nursing Resource Team (NRT) and worked in various departments such as Nephrology, Cardiology, Mental Health, Orthopedics, and Medicine with the Scarborough Health Network (SHN).

I would hire Carol to provide care for myself, without hesitation. She is a godsend for me. I don’t have any problem recommending her to anyone.

She is honest, friendly, caring, effective, very reliable and forceful when needed.  She understands elderly and geriatric care. She is available 24/7 when needed, she takes personal responsibility for a client and I rely on her 100%.

She took over care of my uncle in Toronto about 4-5 years ago, and from then on a nightmare scenario with his health problems, quarrelling nurses and family members, turned into bliss.  She took responsibility to hire staff and to deal with them, she was with my uncle in emergencies and made sure that his doctors did what was needed, when it was needed.  She chose a nursing home for him and arranged transfer. She is dealing with all day-to-day issues, including supervising private staff, interfacing with the nursing home, buying all his supplies (such as a specialized bed and wheelchair) and even his clothing. She is my eyes and ears in Toronto, making sure everything is going as it should. On top of that, she is also dealing with family members, eliminating any quarrels and disagreements.

I know it sounds too good to be true, but it is true.